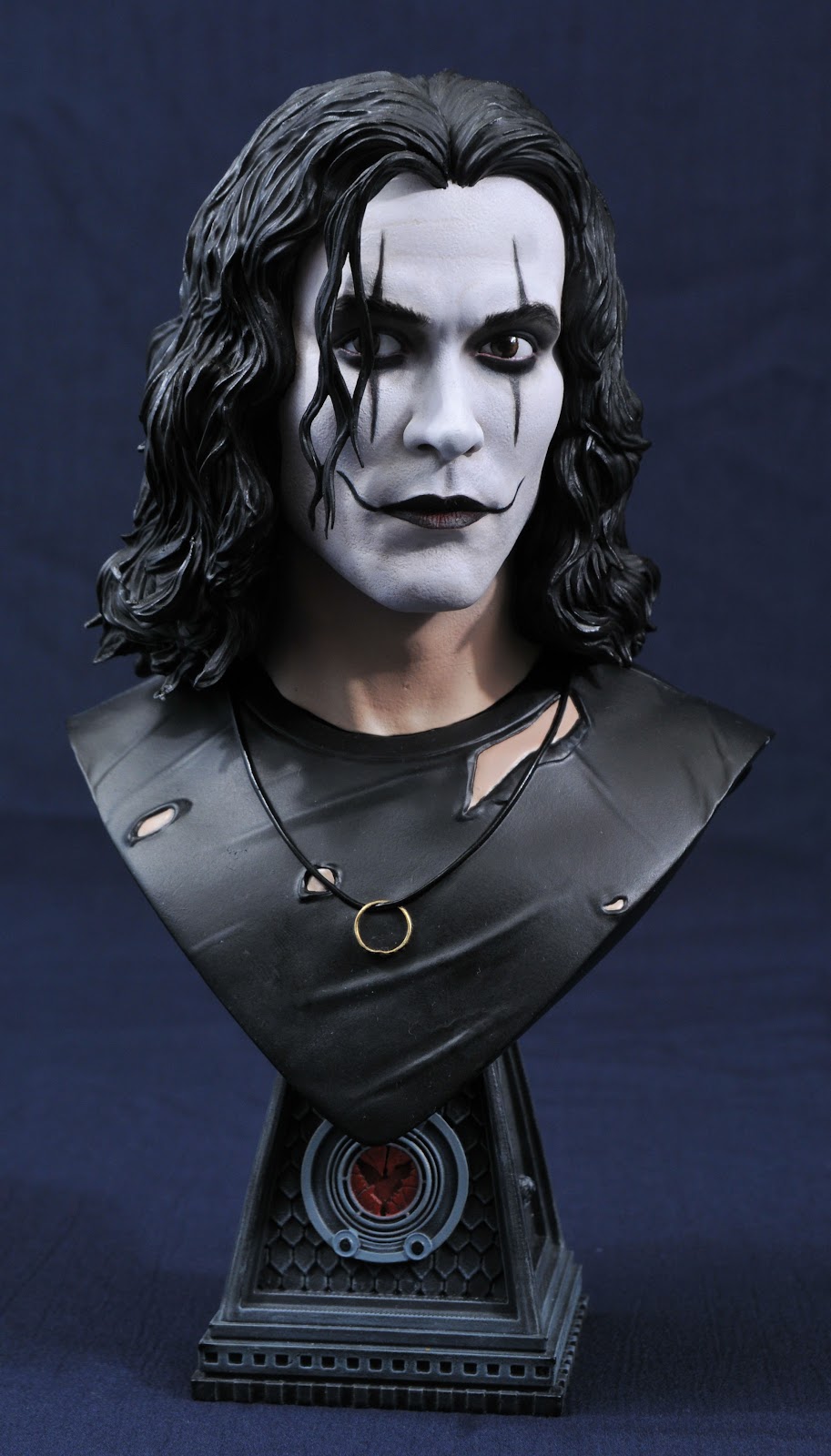 “People once believed that when someone dies a crow carries their soul to the land of the dead. But sometimes, something so bad happens that a terrible sadness is carried with it, and the soul can’t rest. Then sometimes, just sometimes, the crow can bring that soul back, to put the wrong things right.” - The Crow, 1994

Eric Draven is the dark antihero vigilante we never knew we needed! James O’Barr created the character, who first appeared on the back cover of Deadworld #10 in November of 1988, as a way to cope with the death of his longtime girlfriend at the hands of a drunk driver. The comic, which was first published by Caliber Comics in 1989, became so beloved by fans, it had been translated into almost 12 languages!

In 1994, The Crow was reborn as a gothic superhero film starring Brandon Lee and directed by Alex Proyas. The movie was critically acclaimed for its visual style and Lee’s performance, amassing a cult following. This would also become Brandon Lee’s final appearance on screen, as he was tragically wounded on set by a defective blank bullet and died during surgery. Both the movie, and this bust, based off of Lee’s depiction of the character, are dedicated in his honor.

The plot centers around a young rock musician named Eric Draven and The Crow, a supernatural bird that serves as a link between the afterlife and the world of the living. Said to stem from a Native American legend, the crow has the ability to resurrect those who have been murdered, allowing lost souls to seek justice against those who are responsible for their death.

On the night before their Halloween wedding, known as Devil’s Night, Eric and his fiancé, Shelly Webster, fall victim to a street gang, headed by a thug named T-Bird. During a home break-in, T-Bird’s gang brutalizes the two; raping and killing Shelly before savagely stabbing and shooting Eric, finishing him off by pushing him out of his apartment window.

Following true to legend, Eric is resurrected by a crow on the one year anniversary of his and his fiancé’s gruesome murders. With no memory of his past life, he mechanically returns to his and Shelly’s old apartment. An empty shell, Eric is lost until he realizes he has the power to recall memories from touching objects and pictures. It’s only after touching photos of the two of them that Eric recalls their past and terrible, unjust end. Haunted all over again by the revived memories of that fateful night, Eric plots to take vengeance and exact his revenge.

It’s true what they say, legends never die! The legendary star of this ground-breaking film is now available as a Legends in 3D bust. Measuring approximately 10 inches tall atop a rooftop-style pedestal, this 1:2 scale bust of Eric features the likeness of the late actor, Brandon Lee. Limited to only 1,000 pieces, it comes packaged in a full-color box with a numbered certificate of authenticity.