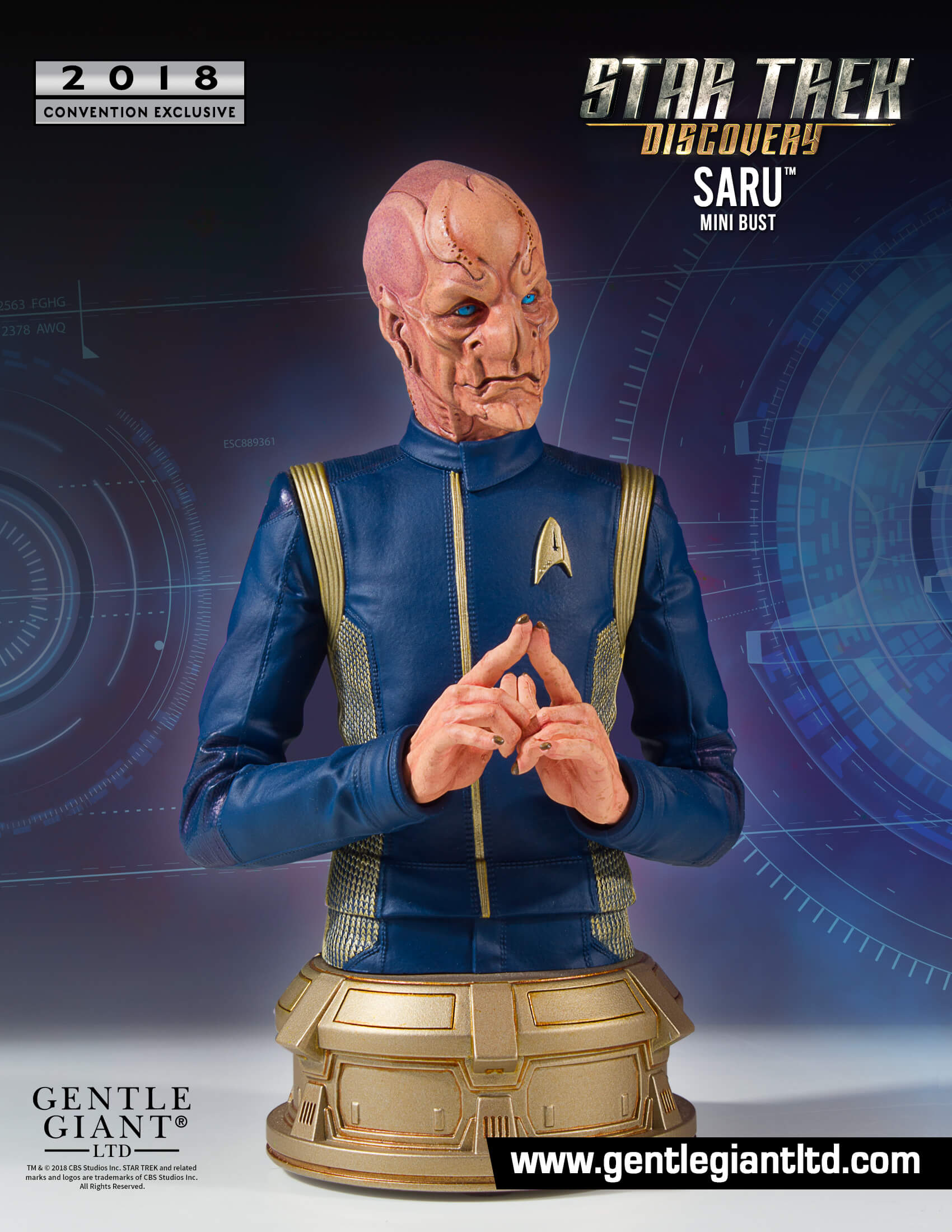 As chief science officer aboard the U.S.S. Shenzhou, Saru resented Michael Burnham for being given the job of first officer. Eventually, he is reassigned to the U.S.S. Discovery and appointed first officer by Captain Lorca. Evolved from prey rather than predator, Kelpiens have a pronounced ability to sense the coming of death. Saru finds himself in the unique position of being the first Kelpian to serve in Starfleet. Will his unique ability to sense death impair his ability to make the best decisions for his crew, or will it save them all?

There are a limited number of busts available for pre-order here.