The talented Joe Menna is a freelance sculptor that has done quite a few projects with us over the years. His most recent being the new Bib Fortuna mini bust that was released last month. We caught up with Joe this week to ask him a few questions about the process of bringing this fan-favorite character to three dimensions and share with you a rare look at the digital sculpt! 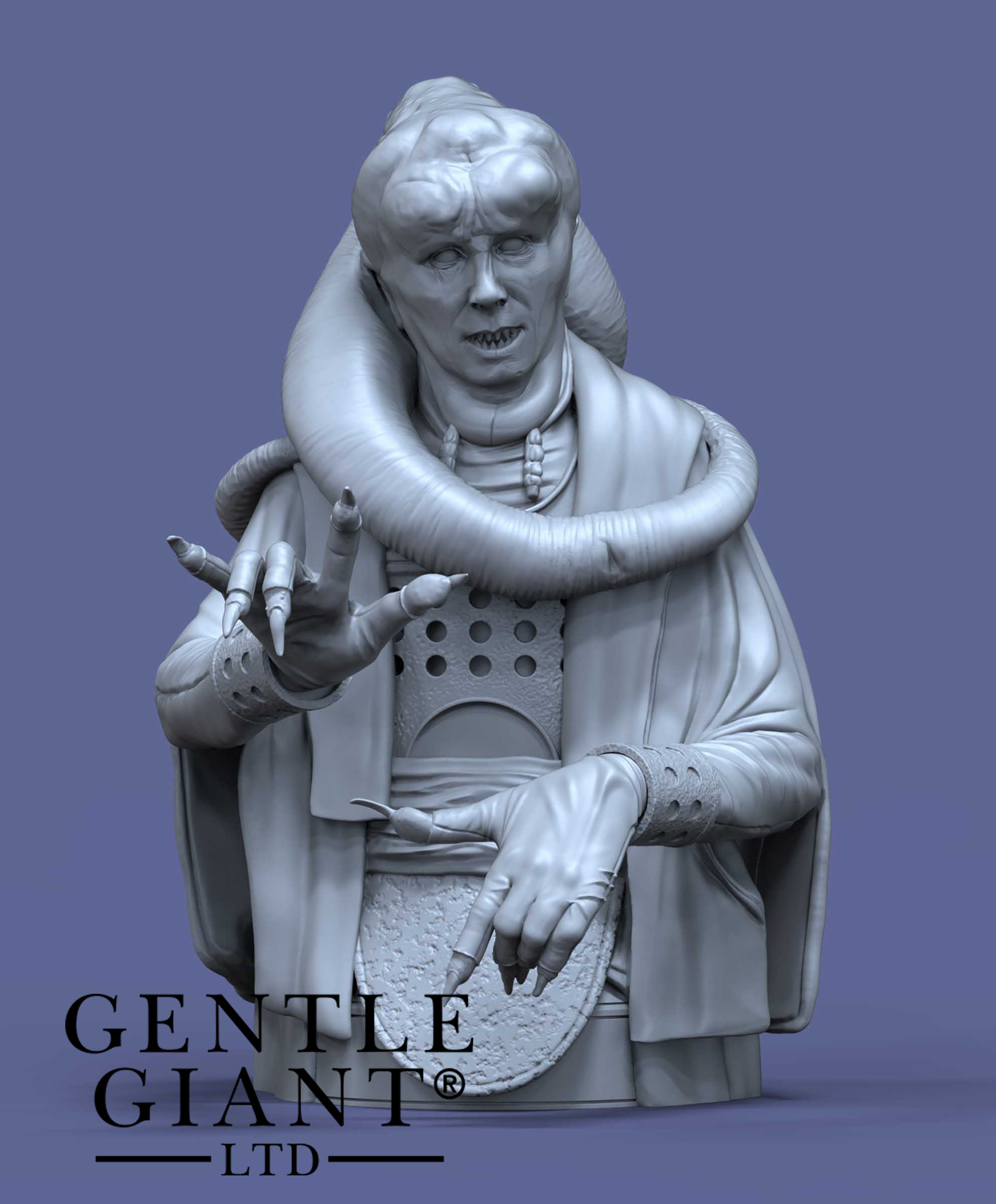 Can you give us a brief history of Joe Menna?

I am classically trained sculptor who finished his training in Russia, many years ago. After that I worked for some time in the fine art foundry world before my lifelong love of all things comic books, Star Wars, sci fi, and fantasy brought me into the collectible sculpting industry.

Do you remember the first sculpt you did for Gentle Giant Ltd?

It was a Jar Jar Binks bust, the first of many Star Wars projects I’ve been lucky enough to do for Gentle Giant Ltd.

Bib Fortuna was a highly anticipated bust and a fan favorite character from Return of the Jedi. Did knowing that he was so requested by fans put any extra pressure to you for this project?

I always feel that every time I sculpt a character, it’s my duty to the collectors and fans to make the most faithful rendition of him or her that I can. This is especially true of a character like Bib Fortuna who is so iconic, despite his relatively brief amount of screen time.

How many times did you watch Star Wars: The Return of the Jedi in anticipation of starting this project?

I watch the original trilogy on a regular basis so these classic characters are always fresh in my mind’s eye.

Do you have to approach Twi’lek anatomy any differently than human anatomy? 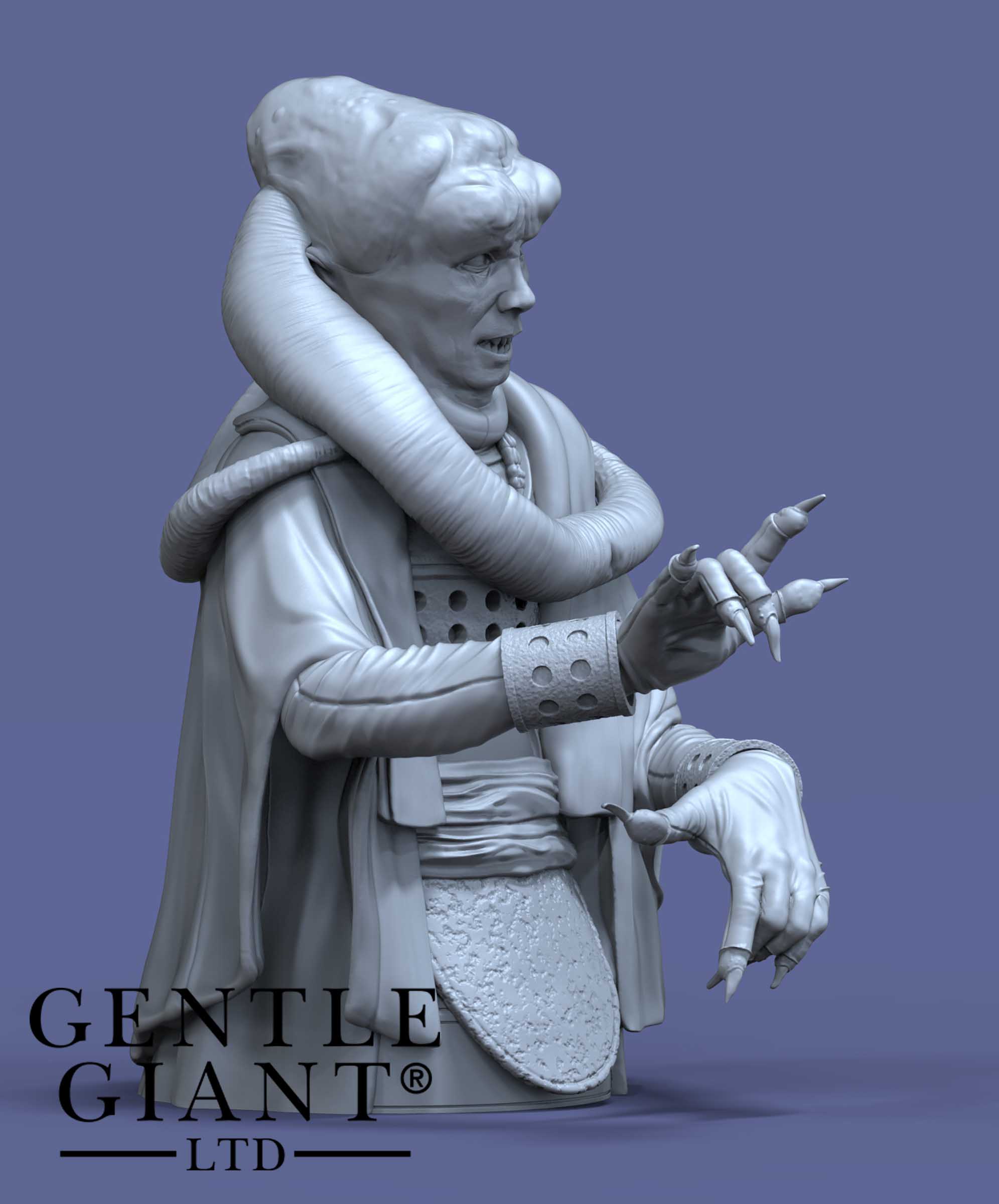 Mr. Fortuna had some very specific hand gestures that you captured beautifully, is it harder to sculpt/capture something that character specific in a statue or bust?

Gentle Giant Ltd always provides a ton of great reference and art direction for stuff like this. Bib’s fingers are especially knobby, too and that makes it easier to capture their character than something more subtle or discrete.

Bib also has a lot of specific bumps, lumps, nicks and dangley things on his head and it looks like you found them all and put them into the sculpt. What reference materials did you use to sculpt this piece so that you would not miss any of that detail?

Like the hands, the reference material provided for this stuff was extensive as well as was the oversight by Gentle Giant Ltd’s art direction. There were things I missed on early passes that working in tandem with my art director, found their way to where they should be.

Was there anything in the process of sculpting Bib Fortuna that surprised you or stood out to you?

Just that despite having seen Return of the Jedi a gazillion times, there where still things about the character’s appearance that I had a lot to learn about. 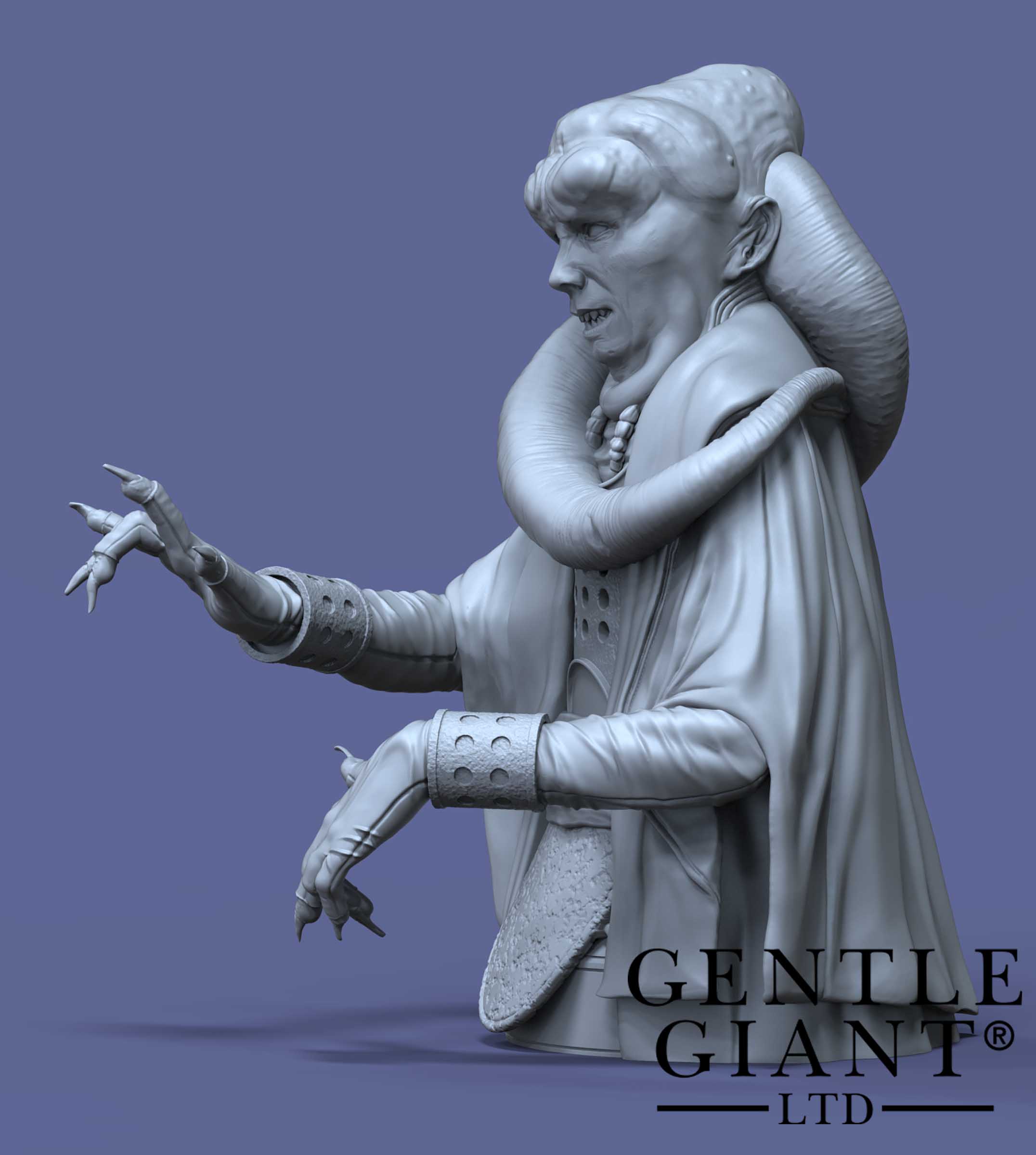 On average how long does a mini bust sculpt like this take you to do?

It usually takes me at least a month depending on my schedule.

If you could sculpt any character in the Star Wars Universe for us who would you like to get your digital hands on who would you choose?

Luke Skywalker is my favorite character in all of film, comics, myth, and literature. No single fictitious hero has had a bigger impact on my life than him. I would jump at the chance to sculpt him at any point along his developmental arc.

We still have a limited number of the new web-direct Bib Fortuna mini busts available here.

Thank you to the talented Joe Menna for answering all our questions!