Superheroes have been around for decades to inspire hope, entertain readers, and act as a symbol of justice. In 1936, the first superhero comic was published by Lee Faulk for King Features Syndicate in a daily newspaper strip and amazingly still continues to this day! The story featured Kit Walker, aka Phantom, a masked hero with invisible pupils who fought crime in a fictional African country. The Phantom inspired the looks and stories of many superheroes that followed including Marvel and DC heroes.

National Superhero Day honors all of those who stand up for the little guys. Celebrate by revisiting some of your favorite superhero comics or discover new ones! We’ve curated a list of 9 comic series that deserve some love as well as some collectible items that pair well with their respective comics! 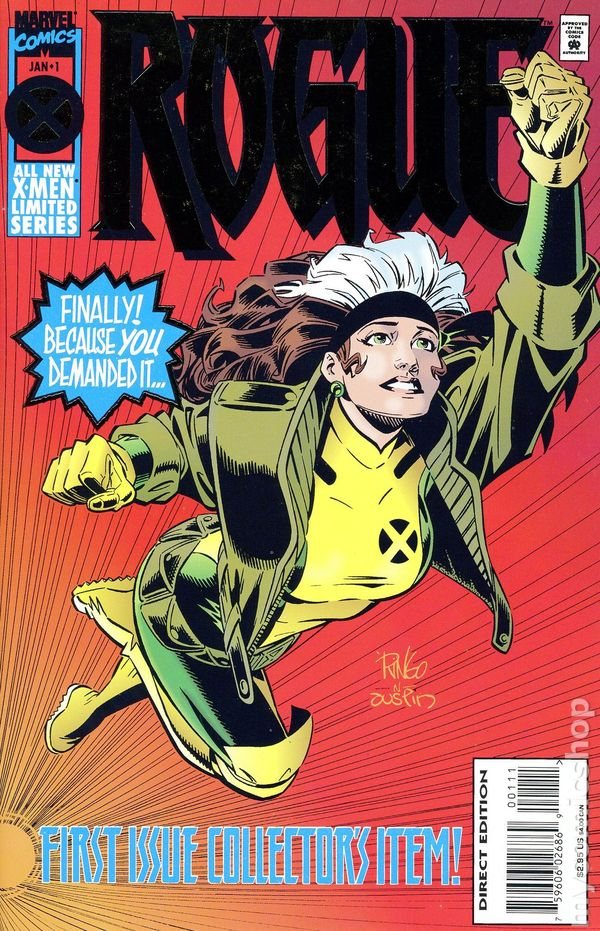 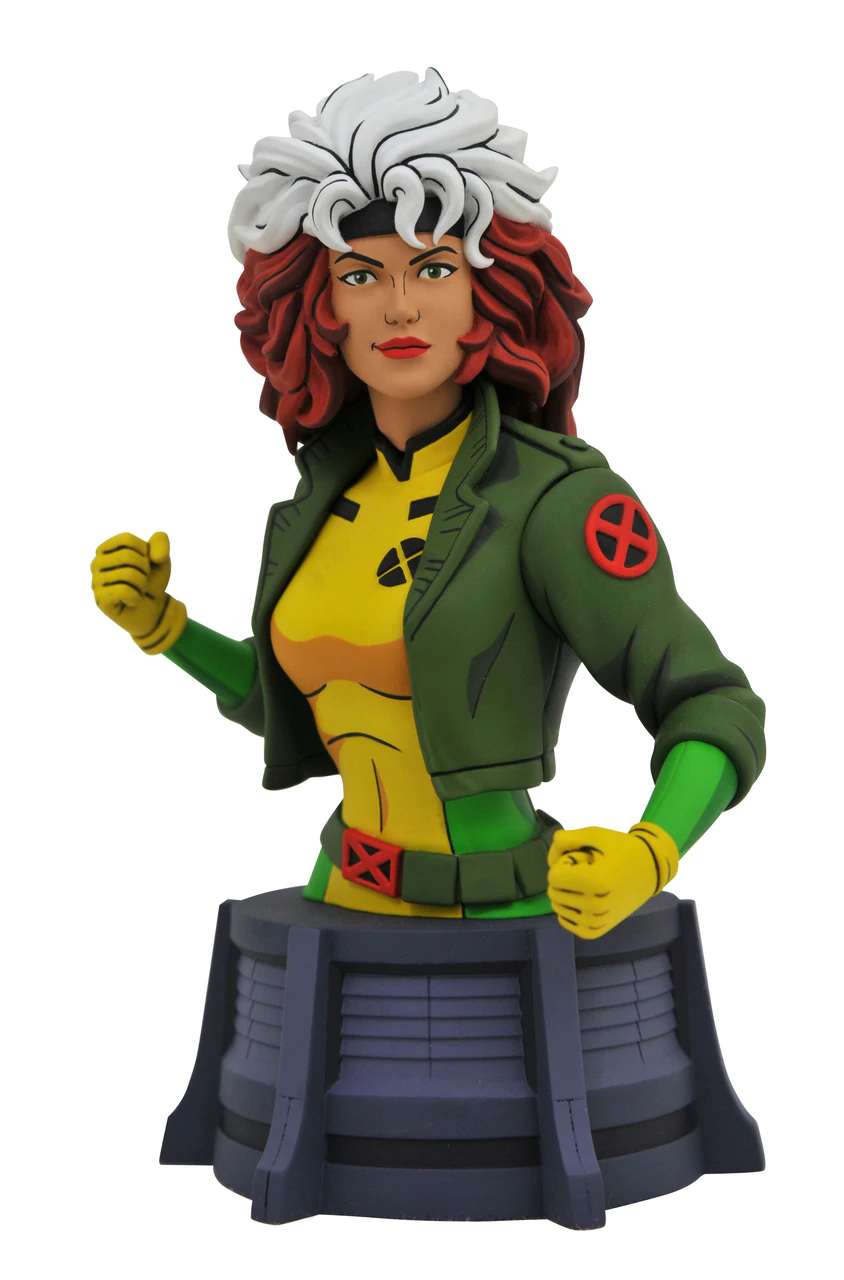 Rogue originally debuted in Avengers Annual #10 in 1981 as a villain, but soon joined the band of mutant heroes known as the X-Men. Born with the ability to absorb the powers and strength of others she touches, she was unfortunately cursed with the inability to control them. After running away from her hometown of Caldecott County, Mississippi she was adopted by Mystique who raised her to become a villain. Her villainous ways continued until she absorbed Ms. Marvel’s powers, which led her to reform and turn to the X-Men. Rogue introduces us to the comic book hero’s backstory and a more in-depth look at the beloved character. Southern Belle Rogue is brought to life as an animated-style, 1:7 scale bust! Find yours today through comicshoplocator.com. 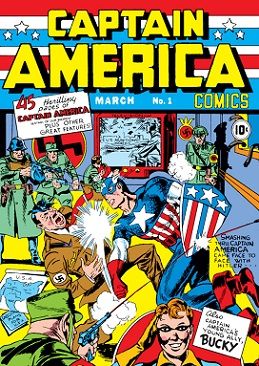 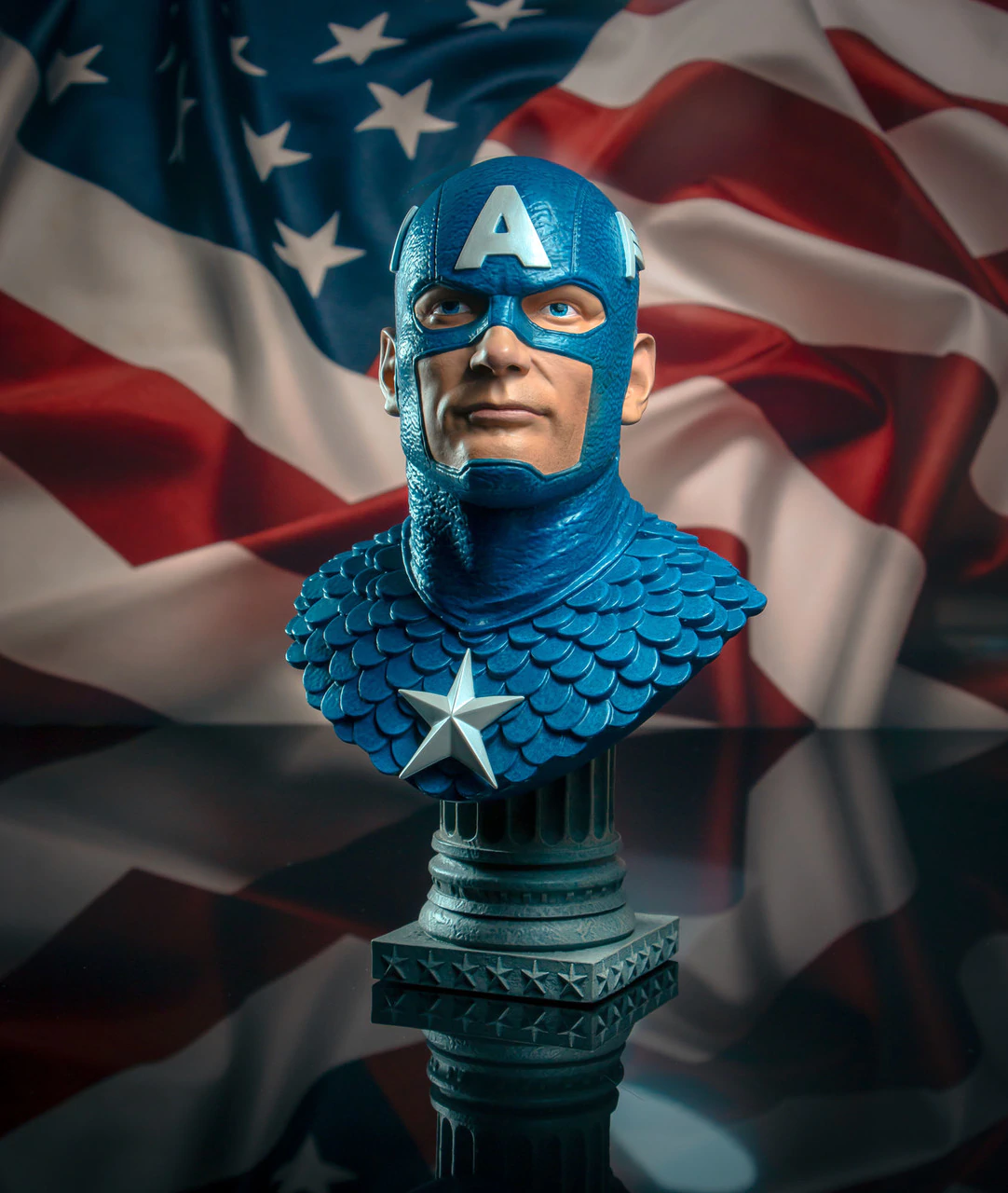 Created by legendary cartoonists Joe Simon and Jack Kirby, the Cap character first appeared in Captain America Comics #1 in March 1941. The comic was created during World War II and showcased the super-soldier fighting the evil Axis powers military coalition. Seen as a beacon of strength and hope, one of Cap’s best and most patriotic moments came from his first comic appearance. On the cover of Captain America Comics Issue #1 in March 1941, Cap can be seen punching Hitler, fighting the war hands on! This sure made for a memorable first impression! Gentle Giant, LTD’s newest MARVEL Legends in 3D bust depicts the first Avenger in his classic uniform. Available for pre-order at gentlegiantltd.com! 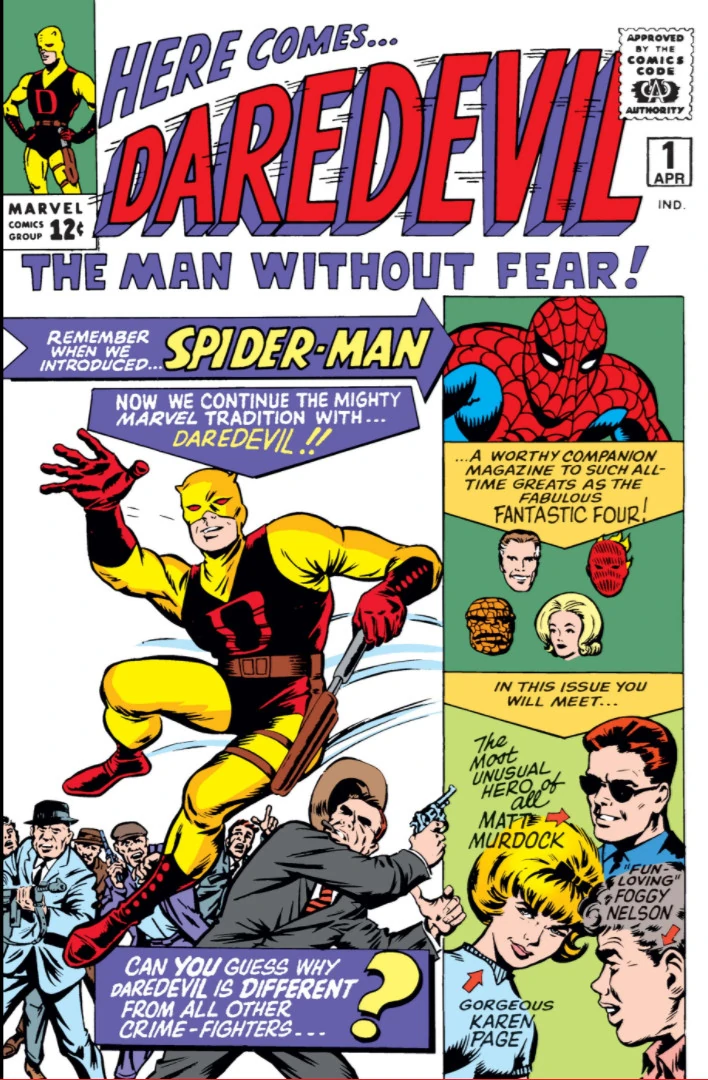 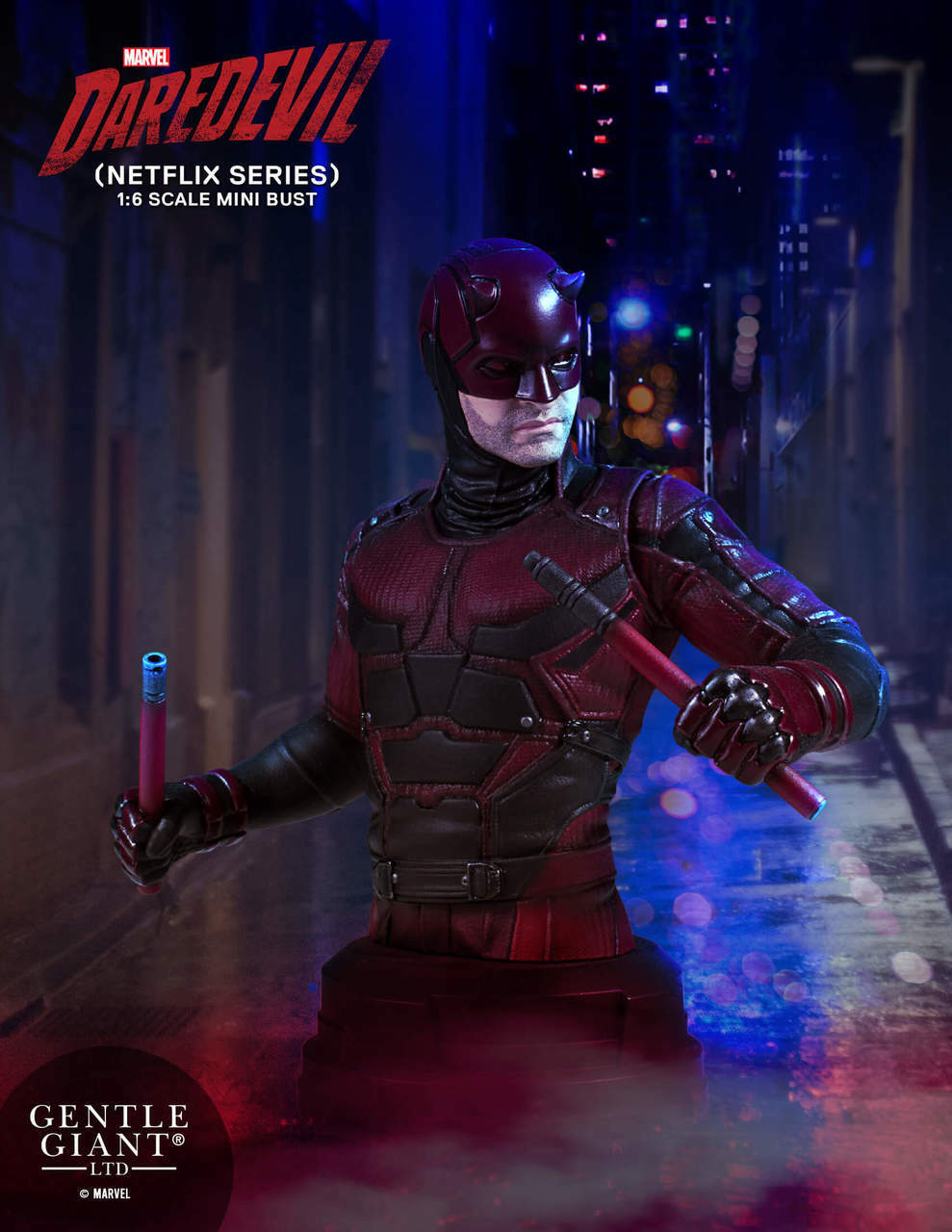 The “Devil of Hell’s Kitchen” is known as the man without fear! Matt Murdock is a blind lawyer in New York’s Hell’s Kitchen, who hides an incredible secret. He’s also the masked hero Daredevil! Using his remaining extremely heightened senses, Daredevil fought the Kingpin and other villains in the comic book series, which was later turned into a Netflix’s streaming series! Snag the mini-bust before it’s gone at gentlegiantltd.com! 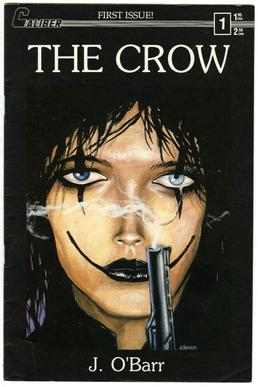 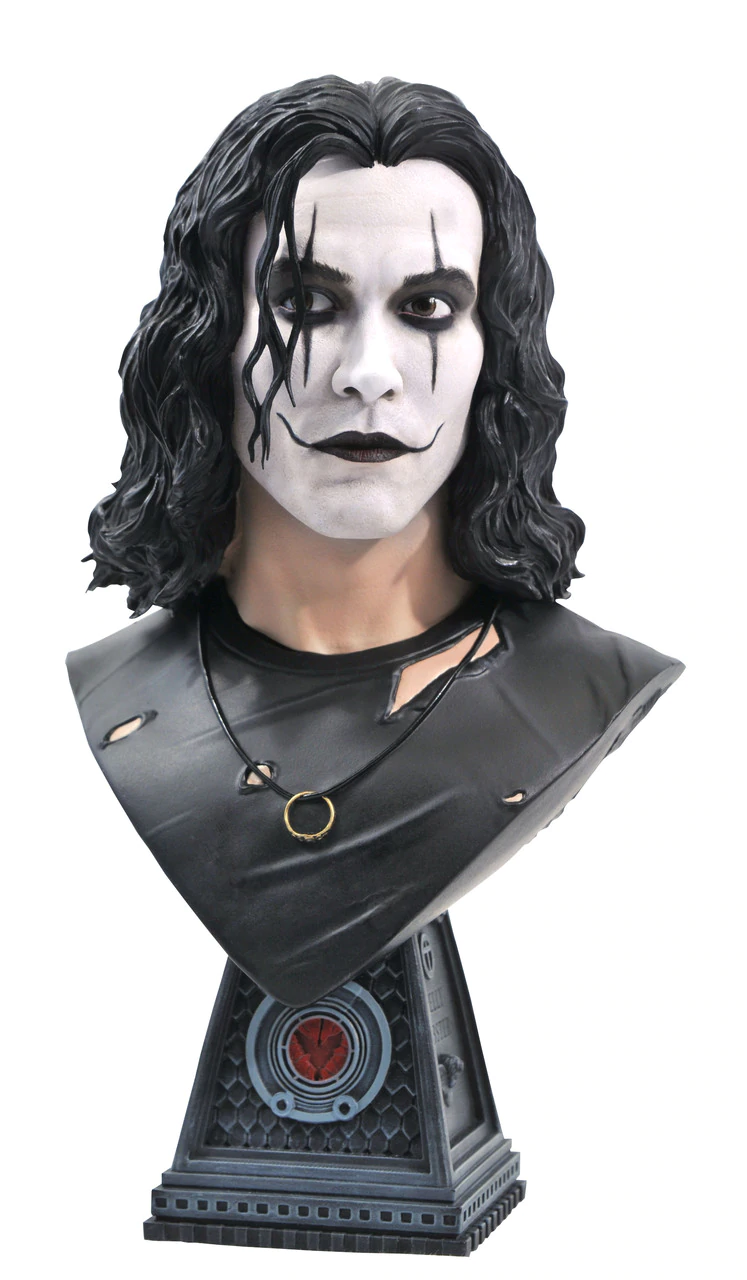 Eric Draven is the dark antihero vigilante we never knew we needed! James O’Barr created the character, who first appeared on the back cover of Deadworld #10 in November of 1988, as a way to cope with the death of his longtime girlfriend at the hands of a drunk driver. The comic, which was first published by Caliber Comics in 1989, became so beloved by fans, it had been translated into 12 languages! On a quest to avenge the wrongful and brutal death of both himself and his fiancée, Eric is reborn as The Crow. Legends never truly die! This legend is now a Legend in 3D, available for pre-order at gentlegiantltd.com. 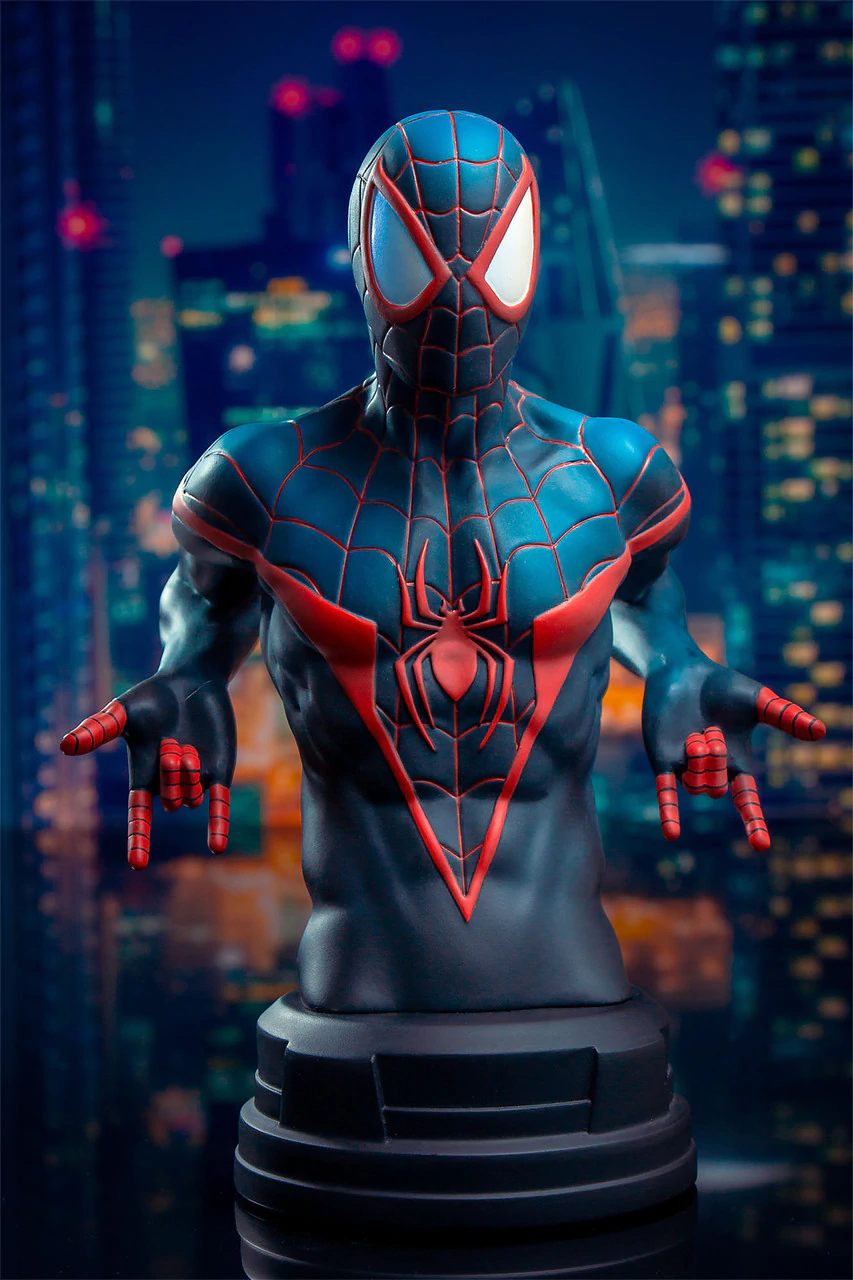 The first Spider-Man, Peter Parker, made his comic book debut in 1962 during the Silver Age of Comic Books. In 2011, fans of the loveable neighborhood web-slinger were introduced to a whole new adaptation of the character, with Miles Morales taking over the mantle after Peter Parker perished. The Miles Morales version breathed new life into the role. Get the all new web-slinger in his custom black and red suit, available at gentlegiantltd.com! 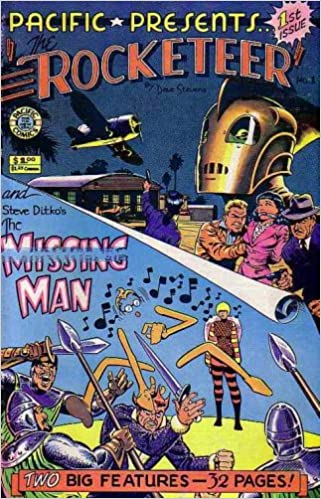 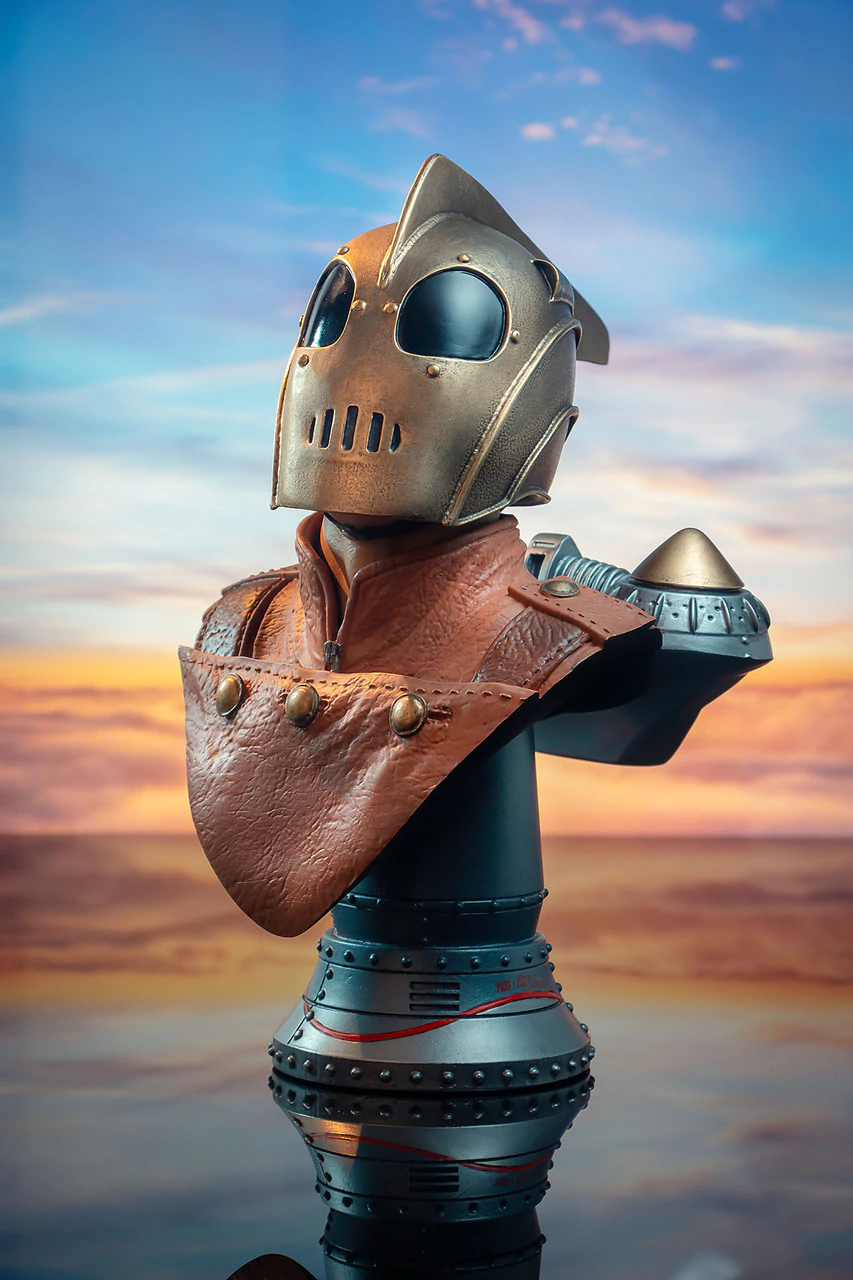 The Rocketeer, originally published by Pacific Comics in 1982 by the creative mind of Dave Stevens, follows a high-flying stunt pilot named Cliff Secord who finds a mysterious jetpack that allows him to fly. Adapted into a movie in 1991, the high-flying Rocketeer is now a Legend in 3-Dimensions, capturing the hero in resin form! Available at gentlegiantltd.com. 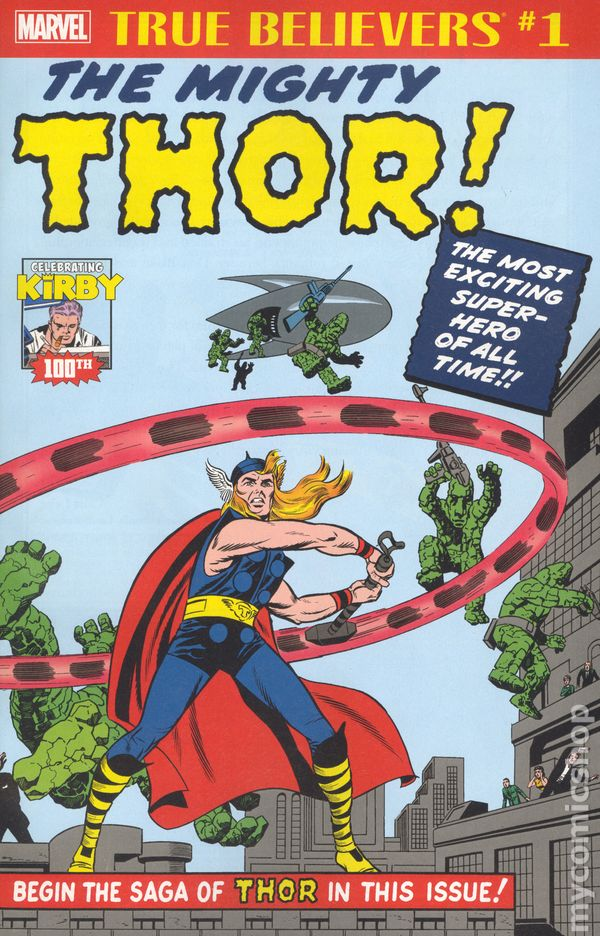 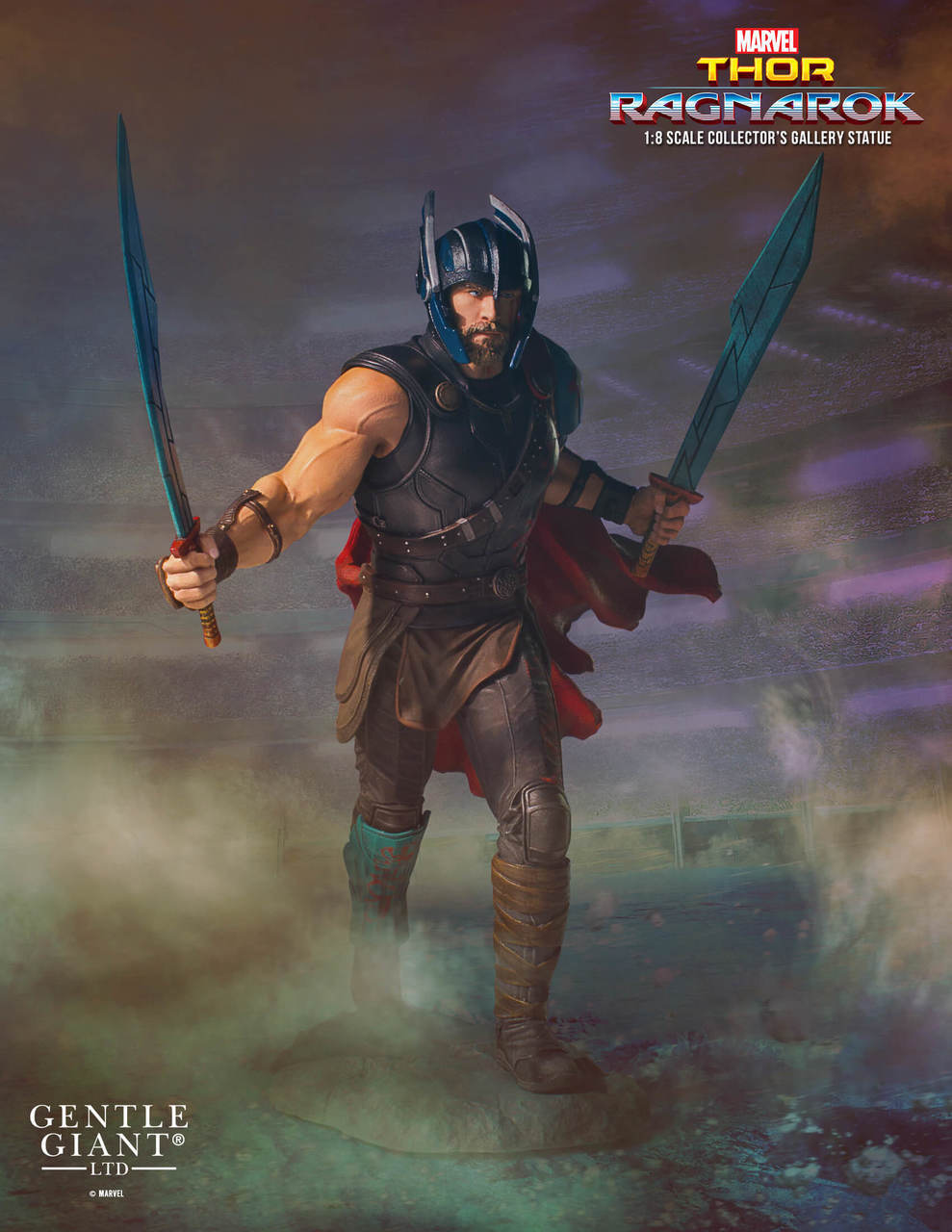 The saga of The Mighty Thor began during the Silver Age of Comic Books. Thor, based off of the old Norse hammer-wielding god of the same name, sported his own hammer with the power to harness thunder & lightning. The character, brought to life by Jack Kirby, became such a popular character that he placed 14th on IGN’s “Top 100 Comic Book Heroes of All Time.” Gentle Giant, Ltd. celebrates the character in his Thor: Ragnarok on-screen appearance with this 1:8 scale collector’s gallery statue, available at gentlegiantltd.com. 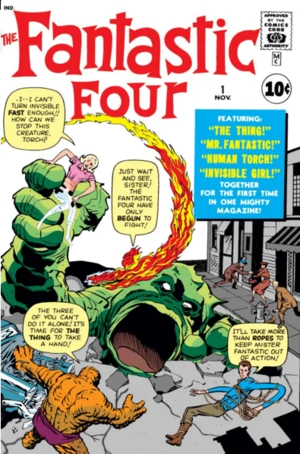 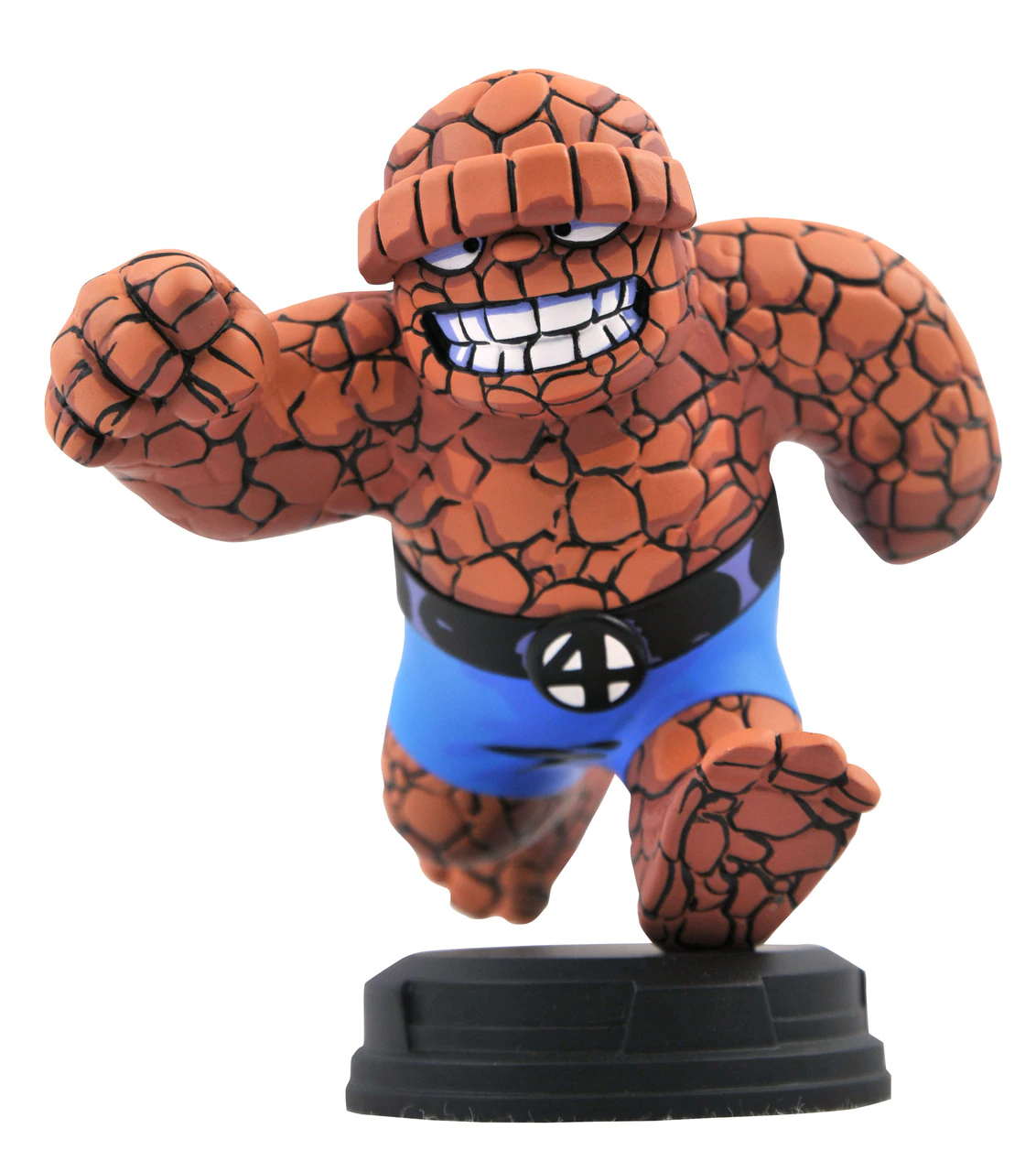 The first super, yet sort-of-dysfunctional family, brought to us by Jack Kirby and Stan Lee, helped usher in a new era of fantastic heroes for the Marvel franchise. The series showed us that yes, while super, the fictional heroes were just like your average family; they fought, they argued, and they also forgave each other like any other family. The popular comics even received a cute new upgrade with the variant “Young Fantastic Four” cover artwork by illustrator Skottie Young. The rocky curmudgeon of the Fantastic Four is now a super-adorable animated-style statue and available for pre-order at gentlegiantltd.com! Hurry, they’re almost sold out; grab yours before they’re gone! 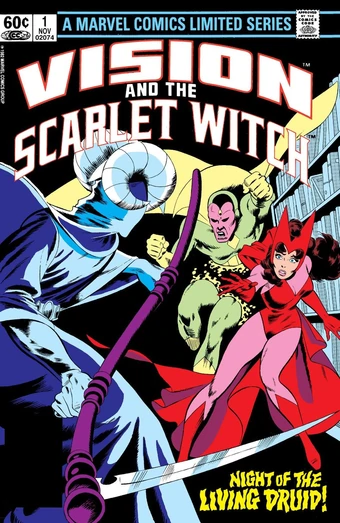 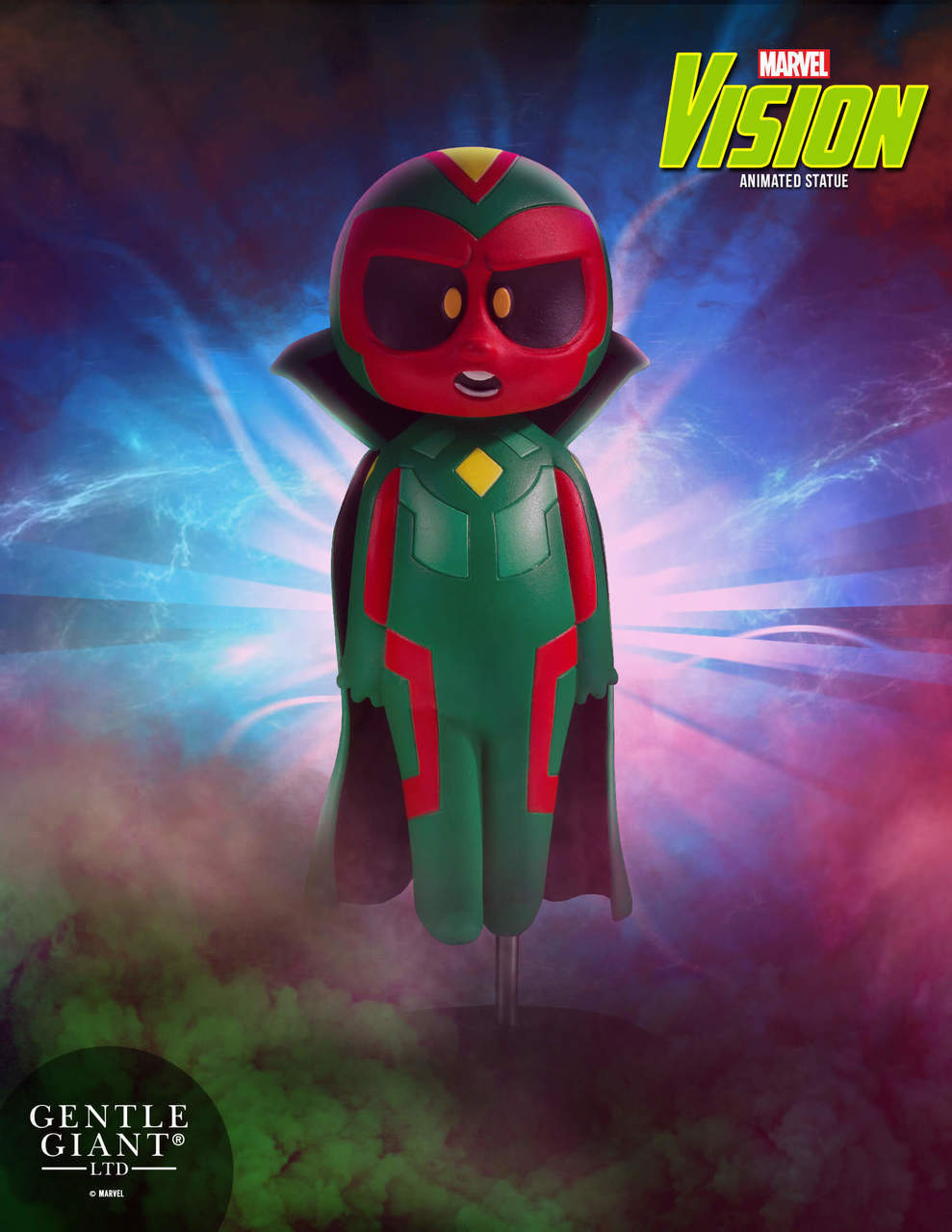 This limited series published in November of 1982 gave readers a closer and more in-depth look at these two Avenger characters, a look into their love story. The four-part Volume 1 series was written by Bill Mantlo and penciled by Rick Leonardi. The series was also responsible for some big reveals, such as Scarlet Witch and Quicksilver’s father! Find the Skottie Young variant, “Young Vision,” at gentlegiantltd.com, depicted flying high and ready for action!